.Welcome to the Home of Lappakia Pointers.  We are Brian & Cindy Stangroom Living in Stroud Gloucestershire, where we have returned to our family home.
We have built our family of pointers after owning and breeding Springer Spaniels. The Spaniels worked as well as being family friends and pets. Due to this we decided to add a pointer Our First Called Annie as she arrived on our silver wedding anniversary. Annie got us involved in showing qualifying for crufts in her first year we also worked her, which she adored more than showing so we then aquired Ruby who has been such a loyal and steady servant to us she gained her Bronze Good Citizen at 19wks followed by her silver & Gold in one evening at 1 yr old. So hooked as our hoby when working with horses cattle & Sheep that we then aquired Splash who also Gained her Bronze & silver Good Citizen. Both have bred us a litter, From Ruby's litter we decided to keep a dog and a bitch Jaffa & Tiffany, Jaffa has done us proud in the ring consistently placed at champshow level gaining his Stud book number with a RCC in 2010 and also his Sh CM. Tiffany has also gained numerous Champ show placings and Best Of Breeds at open Level. Splash's daughter Bliss has had some wins at open level but hasn't shown so much but has a truly loving nature. Last July Luci Came to Join us and has steadily proved herself in the show ring gaining 8 BPIB three gun pup grp 1s and a best puppy in show. She also attained her Bronze Good Citizen earlier in the year. So all our dogs have their good citizen awards bronze upwards and Ruby also visits a nursing home Where Brian's mother resides.
We hope you enjoy looking through our site and will aim to keep you updated with news on our family.
We are members of both The pointer Club and Southern Pointer Club of which we serve on the comittee.
We also are Kennel Club Accredited Breeders. We Keep in close contact with our puppy owners and advise on the wellbeing of our stock. 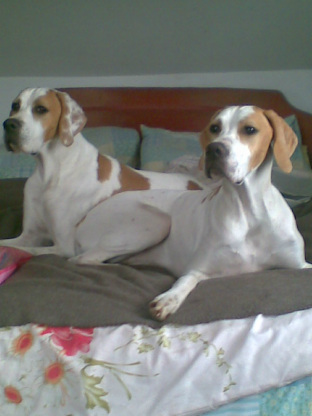 Jaffa & Tiffanny our first home bred pointers, all grown up in the top picture and just starting out below. 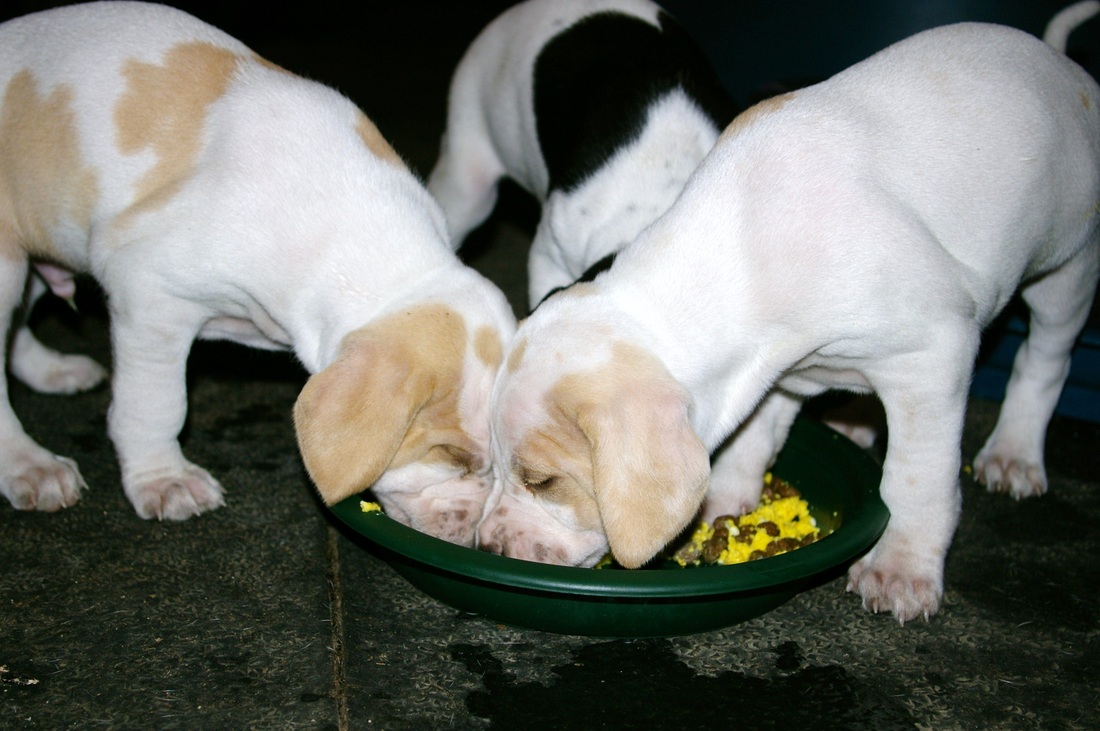 Here is Annie who loved farming and supervising. Sadly we no longer have Annie our foundation pointer Who started us in the world of pointers. 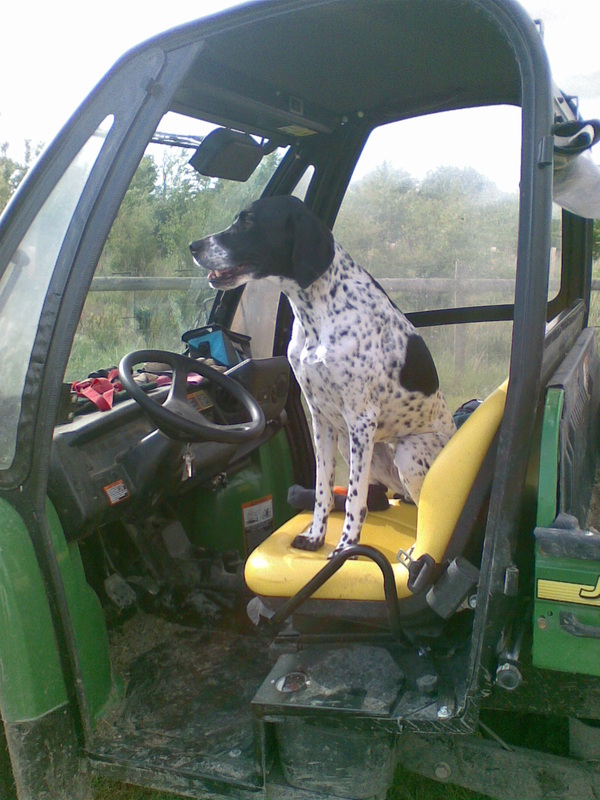 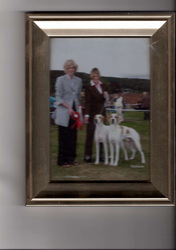 Here are the first offspring.
This is where the family increased
From Small Beginnings Little acorns grow. 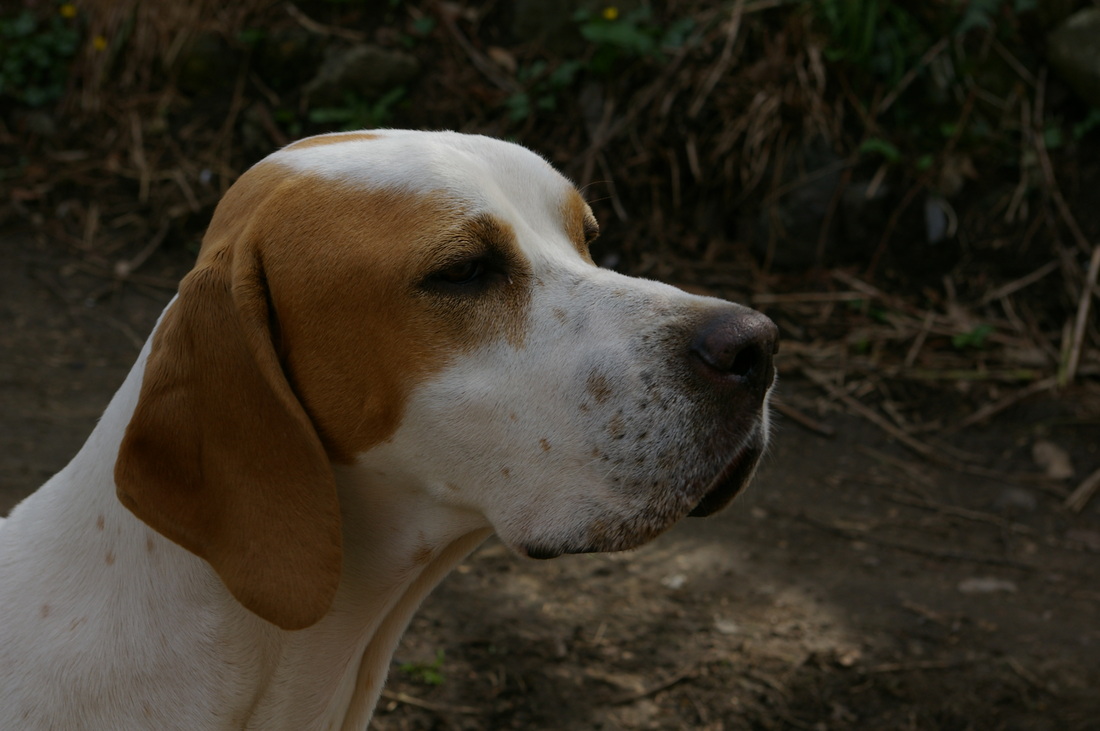 Jaffa (Lappakia Oasis Dream Sh CM) He has done us proud By gaining his stud book number by winning a reserve challenge Certificate At Paignton Champ show in 2010. 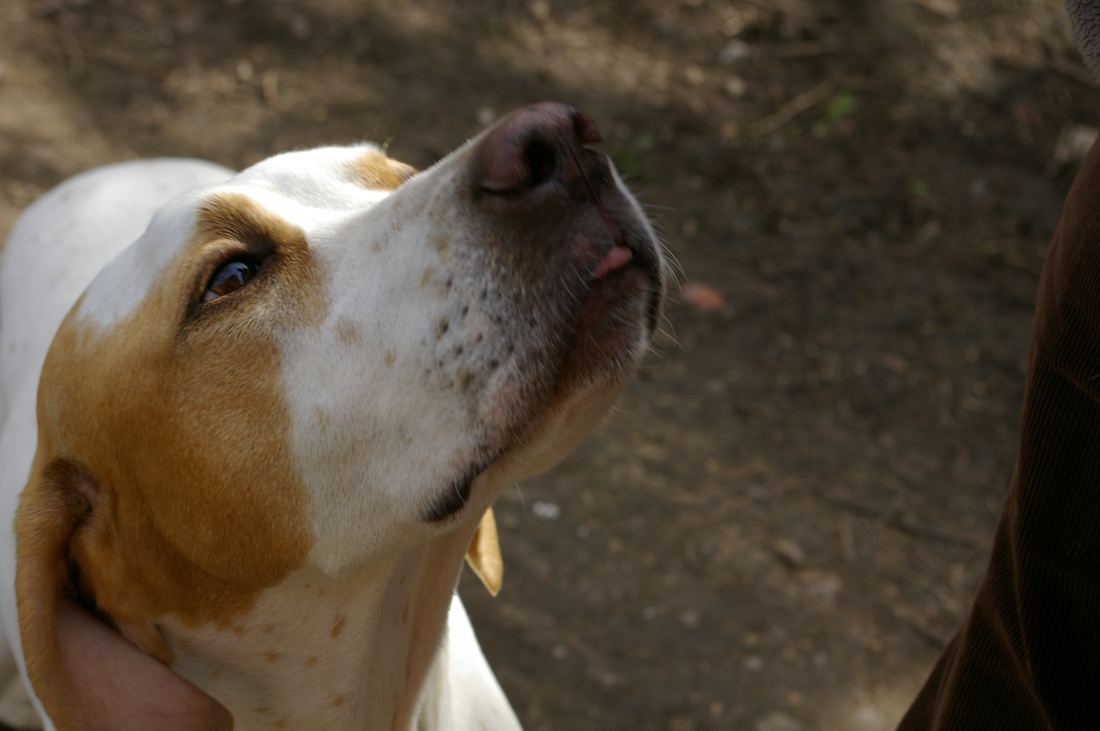 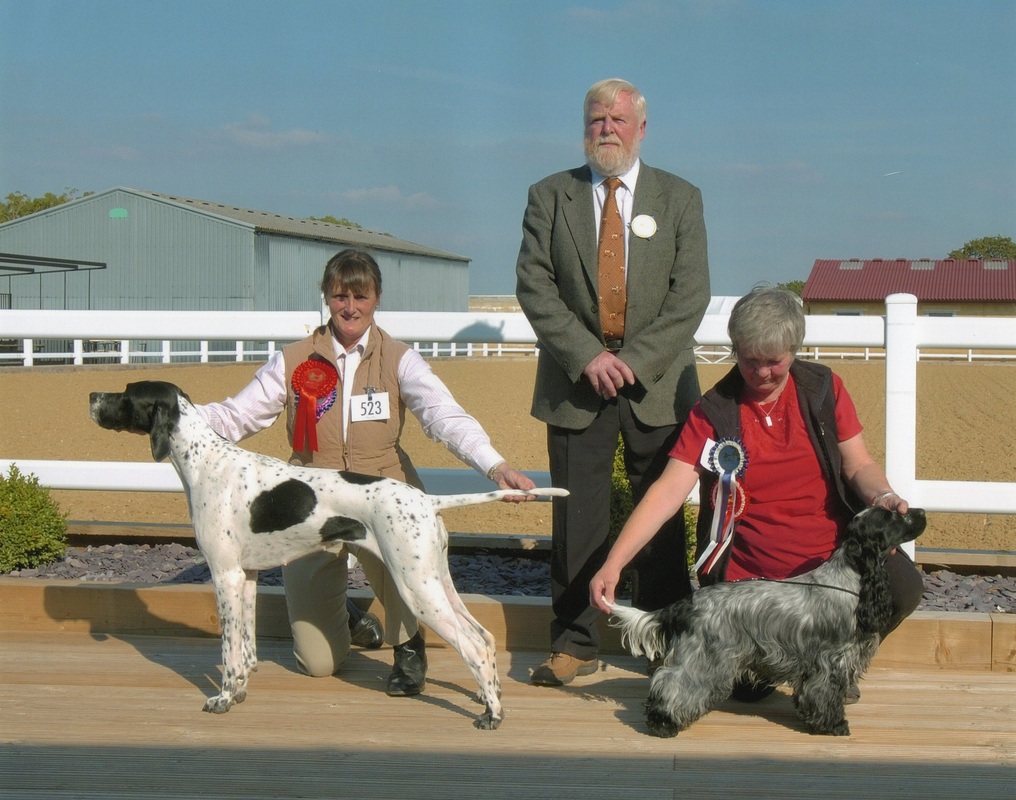 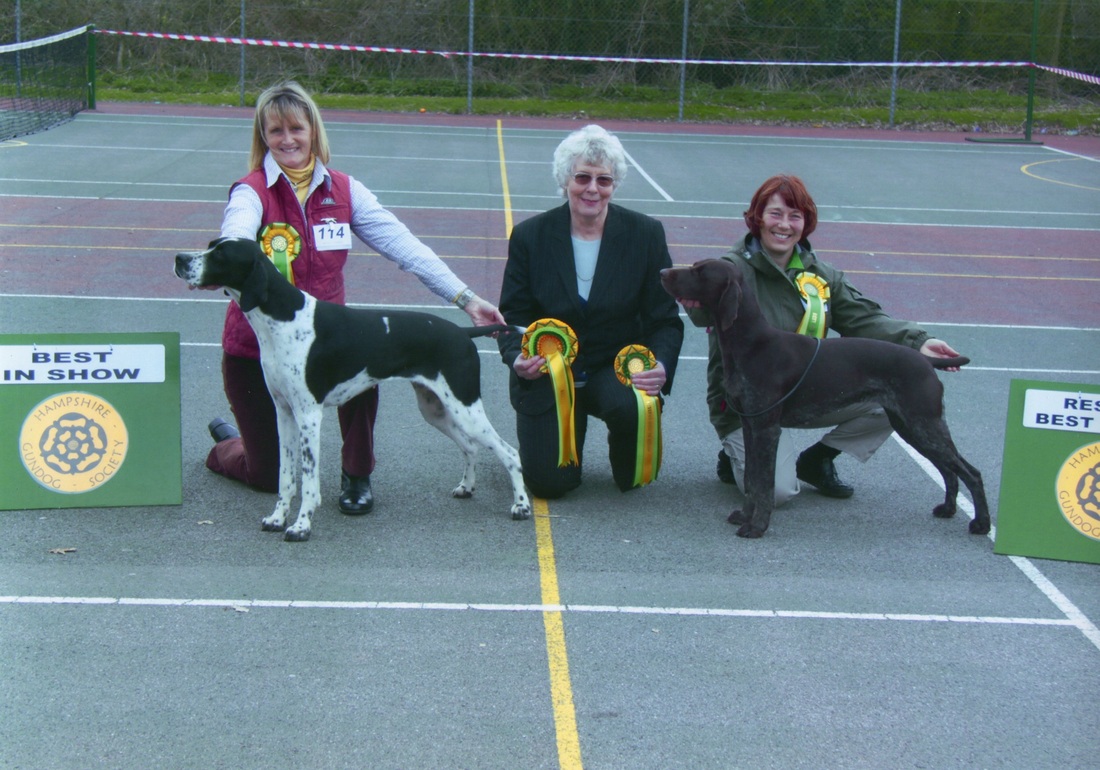 Ruby winning Best In Show at Hampshire Gundog, which Splash had been Reserve best in show the previous year.
Ruby doing what pointers Do.
Splash Gaining best in show at South West Gundog in 2010 (on the right)  Brother and sister after both gaining first and second each at east of england champ show. 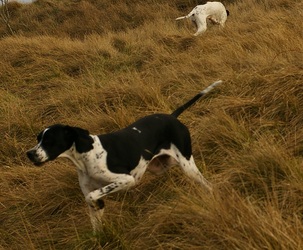 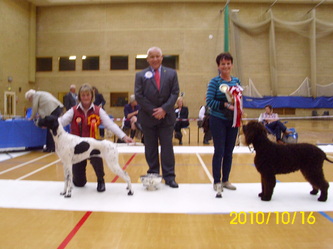 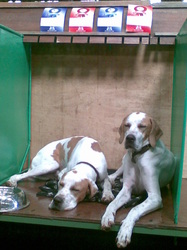 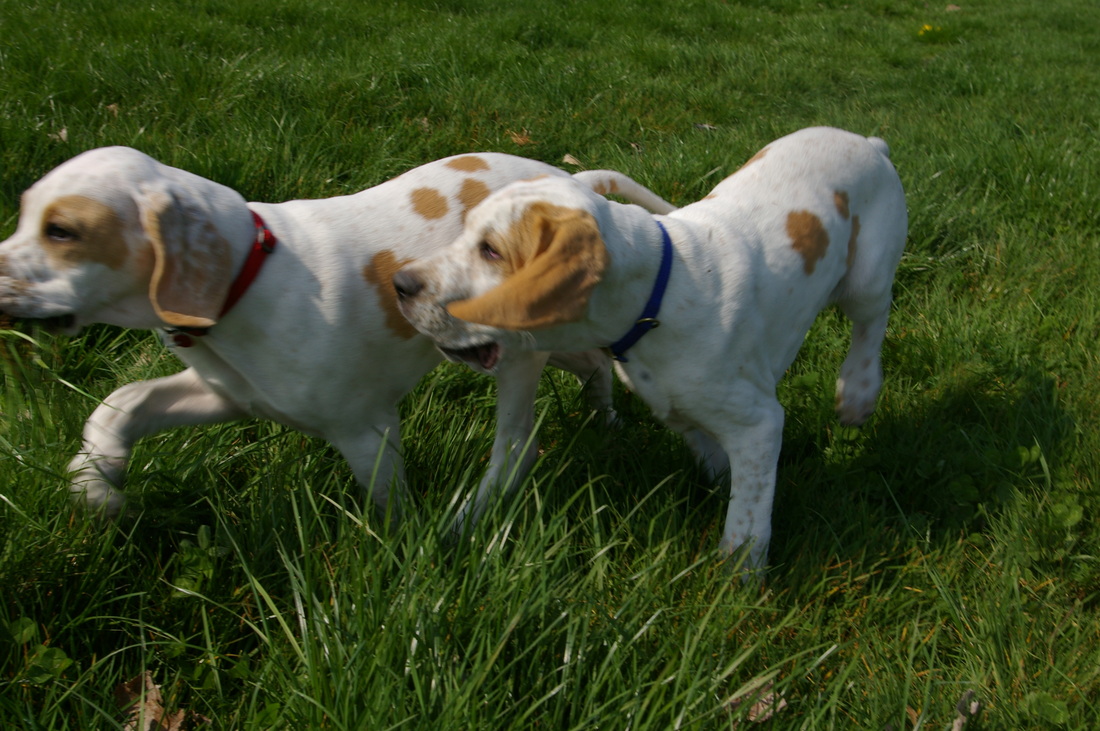 Bliss and Ludo who came to visit  Splash's Children. 2011.
Luci on far right. (Pipeaway Laura Louisa At Lappakia) who joined us in 2012, seen here taking Best Puppy in breed . jan 2013. 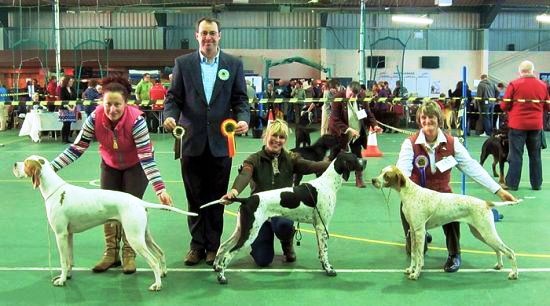 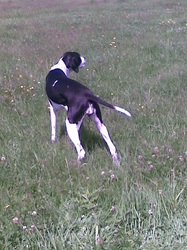 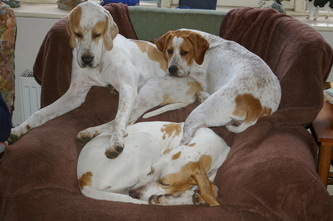 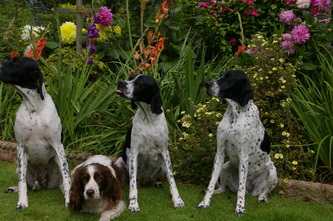 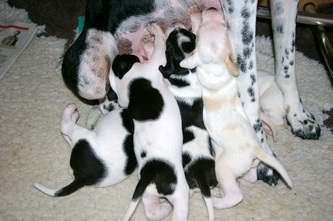 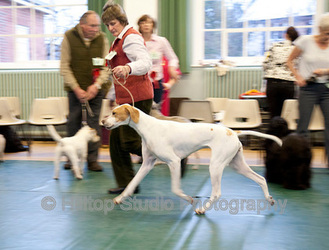 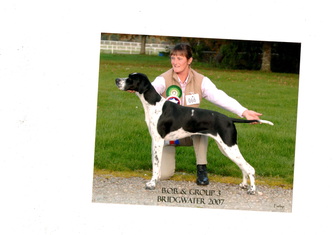